Each of our five adopted babies came with a story that assured us they were meant to be ours. Adoptive parents may have similar experiences. This is the story of our fifth child, Paul. But first, let’s go back to the time before we knew he existed.

We knew we wanted another baby and that no agency at that time would help us since we already had four children. We had just moved to a different state and were walking down the mall corridor when we ran into a friend we had met years before, when we lived in Germany where my husband Gary was serving in the United States Air Force. Our friend was a lawyer. Our philosophy is that if you want to adopt a baby, tell everyone, because you never know who may have the right connections.

After the friendly chitchat with our lawyer friend, we said, “Do you ever help people with adoptions?” He said he didn’t, but his partner did. We told him we were looking to adopt another baby and wondered if he could talk to his partner about us. He had us write our name and phone number on a piece of paper and said he would give it to him.

The Partner Came to Visit

We didn’t hear anything until about two months later. His partner called and asked if he could come and visit us. As he sat with us in our home, he explained that when he received our name he told his partner, our friend, that he had two babies on the way and four prospective parents—clients of his—who wanted the babies, so he wouldn’t be able to help us.

He went on, “But as I sat in my office thinking and praying about who of these four clients should be the parents, something unusual happened. When I opened my eyes I saw the paper with your name and number. It had apparently fallen to the floor and right then, as I was pondering who I should choose, I saw it. I was surprised because you’re not even my clients. But I can’t deny the feeling I had when I saw your name. I knew then that one of these babies is meant to be yours. Are you still interested?”

“Yes!” was our resounding reply. We were thrilled.

He said, “I need you to come in and we’ll do the necessary paperwork.” Then he added, “Now start praying for me to know which of these two babies is yours.” We believe in the power of prayer and we were happy to hear that he did, too. We knew God had directed our previous adoptions, and He would help us yet again. So we prayed. It didn’t matter if the baby was a boy or a girl. We already had two of each.

Our Baby Was Born

Once the babies were born, the lawyer knew which one was ours. He called with the news that we were now the parents of a baby boy. We were excited beyond words.

But there was a problem.

Paul was premature and weighed only four and a half pounds. We were not allowed to see him yet. It was against the law in that state for the adoptive parents to come into the hospital. We checked with the lawyer every day to see how our baby was doing. It was torture knowing my baby was in the hospital without me there to love and nurture him.

After three days, we learned Paul would not eat. The doctors and nurses could not get him to suck on the bottle and he was losing weight every day. After four days of that, I was beside myself with worry. I could take it no longer. 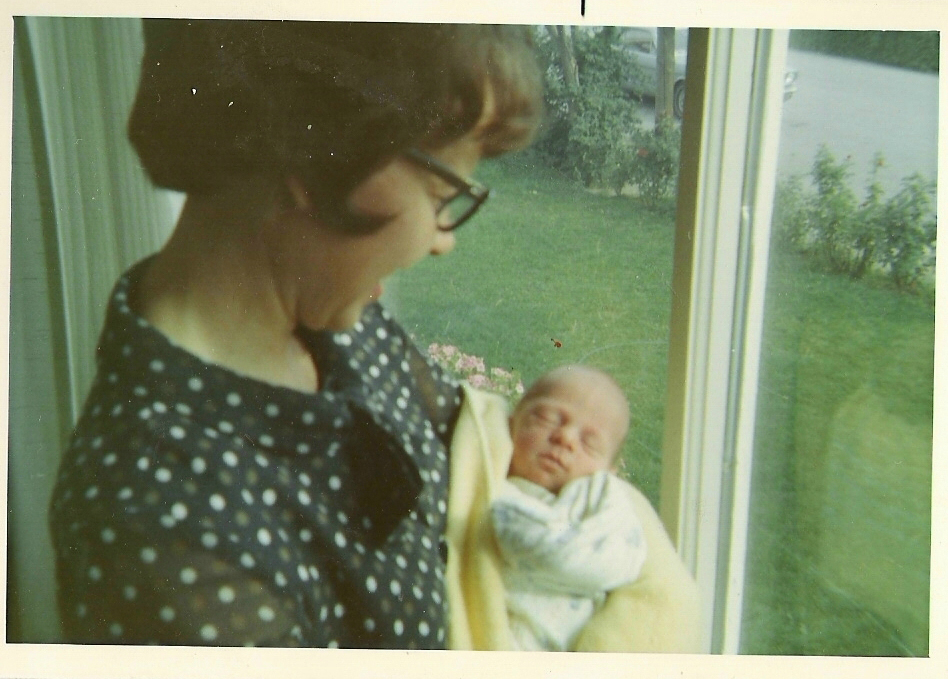 My Baby Needed His Mother

I called the lawyer and emphatically said, “You arrange for me to get into that hospital now! Or I will break the law and go anyway!” I was one upset mama. My baby needed his mother, and he needed me immediately.

The lawyer called back and said, “Okay, I’ve arranged it. Meet me at the hospital.” My husband and I were there in record time. We got in sterile gowns and went to the isolation nursery. The doctor and a nurse brought our baby to us in a sterile area. I will never forget the feeling of love I felt for that little boy when I took him in my arms.

As I looked into Paul’s precious little face, I gently said, “I’m your mommy, and I love you very much.” I asked for the bottle, and the nurse handed it to me.

I reiterated to my son, “You are my baby, and I love you. Now eat for Mommy.” I put the nipple in his mouth, he looked up into my eyes, and he immediately began sucking. The nurse and doctor were stunned. Paul would not eat for them or anyone else, but he ate for me. He knew I was his mother. It was a miracle. After a few minutes I handed him over to his daddy. Gary took the bottle, and he ate for him, too. This little guy knew he was in the arms of his loving parents.

Paul, age 2, playing with his puppy.

Oh, yes, we knew Paul was meant to be our baby. When the lawyer heard the news, he also knew. He had made a good choice. We imagined that his biological mother was probably also praying for her baby to be placed with good parents. After that feeding, I went back to the hospital every few hours to feed my baby, and he ate heartily every time.

After a day and a half of that, the doctor said, “You can take him home. You are doing much more for him than we can do.” The arrangements were made and, as per the law, we waited outside the hospital with our four children and our teenage daughter whom we were fostering. A nurse brought Paul to us. I took him in my arms and showed him to the other children. They were all so excited and happy to have a new little baby in our family. It was a gloriously happy day.

A Grandma to Love Him

Paul, age 2, with his grandmother.

After we arrived home, Paul’s grandma came to see him. She adored him right off the bat, and he took to her with equal affection. As he grew into a toddler, he loved climbing up on her lap and just sitting with her. She read stories to him and the other children. What a blessing to have Grandma in their lives. Future visits from his other far-away grandparents made his life even richer. He was surrounded with love.

One year later, along with our lawyer, we were at the courthouse signing the adoption papers. Our lawyer’s other clients, the ones who adopted the other baby, were there at the same time. The other baby was a very petite little girl, like her adoptive mother. Our son was robust and very much like his adoptive father. We felt that was one more piece of evidence that the lawyer had made the right choice.

Paul, age 8 months, with his daddy.

That was a long time ago. This tiny little baby is now a successful man, married to a woman we love, and daddy to six adorable children—our grandchildren! Paul has an MA degree and is an elementary school principal. He has a loving heart and lives his life with gratitude. He says, “You were meant to be my parents. It could have been no other way.” We agree.