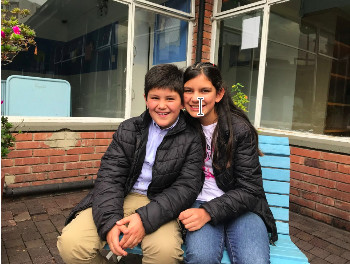 At the psychological level, Michael shows a development below that expected for his chronological age: It is necessary to perform an IQ assessment to establish the educational needs of the child. He is currently enrolled in the educational institution Francisco I, in the grade level of "basic processes". He shows fluctuating motivation towards his school duties; tends to get easily get frustrated and throws tantrums to avoid going to school; He is easily influenced by peers with negative behaviors, getting involved in problematic situations in his social interactions. Manifests alterations in attention and short attention span; He has shown learning difficulties ; he is reported to have a mild to moderate expressive and understanding language delay; difficulties at the spatial level and presence of dissociative symptoms (prolonged periods of being in the "clouds") in which it seems he re-lives his situations of abuse.
Advertisements
Host: www1