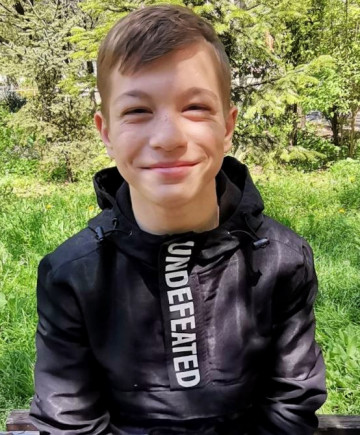 Jase was born in February 2006 and is a healthy teen, despite some respiratory problems in the past and a diagnosis of hypopituitarism, which manifest in his short stature. Jase is reportedly typically developing and shows stable attention, complex cognitive ability, and a good imagination. Jase lived with his mother until 2016, but during that decade the family found itself in crisis shelters multiple times and Jase is noted to have experienced physical and emotional abuse. Jase currently resides in a group home where he follows the rules and respects the authority of adults. Jase is a confident, good-natured teen who can be guarded with his feelings and personal thoughts. He is relaxed among peers and strives to be a leader, but has some difficulty navigating relationships with adults. Jase attends 8th grade at a sports school where he copes generally well with the academic material and actively trains in judo. Jase likes to spend time with his friends as well as play electronic and board games. Jase likes to win and struggles when he does not. He is protective of his personal belongings and has mastered age-appropriate self-help skills. An update on this handsome teen is expected shortly. A family interested in adopting Jase would have to work quickly as he ages out in ten months. UPDATE April 2021: Intelligent and responsible Jase currently lives in an apartment in a residential complex with seven other children. He shares a bedroom with one other boy. While his classes are virtual at the moment, Jase continues to practice judo in person and has a green belt. His favorite subjects are biology and language/literature. He also studies English as a Foreign Language and does well. In his spare time, Jase likes to exercise, watch movies, play computer games and soccer, and hang out with friends. Jase has a very rich vocabulary, a great sense of humor and loves to joke. Jase was previously referred to a family for domestic adoption, but upon meeting, they decided they were not a good fit for each other. Jase hopes for another chance to find a family that will support him in his goals, including athletic pursuits. A family interested in adopting Jase would have to work quickly as he ages out in ten months.
Advertisements
Host: www2