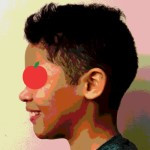 Irving is an intelligent, charming, and very insightful young man who has dark brown hair and eyes and an award winning smile. Some of his best qualities are being polite and well-mannered. Irving is very athletic and enjoys playing football. He hopes to attend Cornell University one day and play on their football team. While in college, Irving plans to major in criminal justice as he hopes to become a police officer when he grows up. Until then, he enjoys playing ?street football? with the other children in his neighborhood and watching the Philadelphia Eagles play on television. Also most children his age do, Irving loves playing video games and watching TV; his favorite show is Transformers. When asked if he could go anywhere in the world, Irving stated he would go two places: the jungle to see lions and tigers (and Burger King to have his favorite meal of chicken nuggets and French fries). Irving is open-minded and looking forward to experiencing new things in life. He has a big heart and a lot of love to give his forever family, who he hopes will make all his dreams come true. Irving is not yet legally free for adoption.
Advertisements
Host: www2