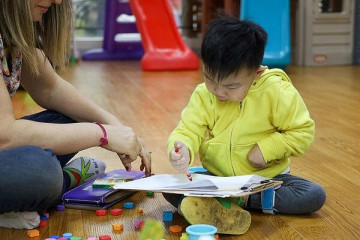 Oh my! It took no time for us to all fall in love with Asa! We met him when we were in Taiwan in November 2019 and he is such a personable little guy! He is 4 years old. He is developmentally delayed, but is walking and can carry on a conversation, his answers are clear and relevant, though he still speaks in short sentences. He is receiving physical, speech, and occupational therapy. Asa has mild cerebral palsy he wears an AFO. He has increased tone in his left side. He feeds himself, builds a tower, and scribbles with crayons. Asa also has a hemangioma on his left cheek.
Advertisements
Host: ws4