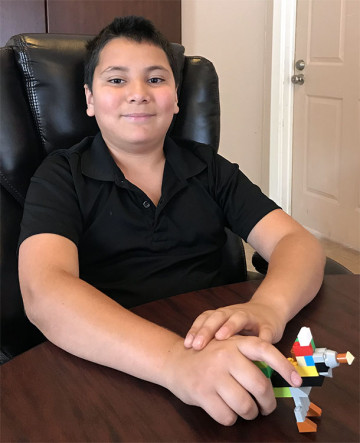 David is a sweet young boy. He enjoys playing and having fun! David was previously involved in karate and was extremely proud when he earned his yellow belt. He also participated in the Cub Scouts and worked hard to earn his patches. David enjoyed the comrade that he was able to achieve through participating in extracurricular activities. David likes camping, hiking, being outside and being active. David will jump at the chance to play you in a game of cards or chess. He loves building things with his Legos and he has stated that he would like to be an engineer one day.

David will do best in a family with two parents or a single parent with strong structure. He does best with routine and will thrive with those who can give him attention to his needs. David wants a family with pets.