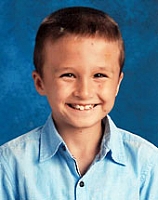 Joseph, who prefers to be called JoJo, is an amazing little boy. He can be very lovable and will give out hugs to others. He is very talkative and has a vivid imagination. When telling a story he gets very animated, moving about and acting out the scene. JoJo has a hearty appetite and there aren’t many foods that he doesn’t like.

JoJo’s favorite things to play with are dinosaur figures. He enjoys collecting them and reading about all the different types of dinosaurs. He also likes to construct things out of Legos and watch cartoons, and does well playing on his own. JoJo also has a creative side; he likes to collect small items and then put them together to create larger original objects.