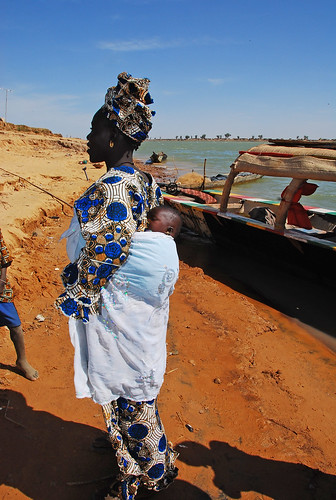 A woman and her baby in Mali.
Source: flickr.com.

A mosque in Mali.
Source: Wikipedia.org. 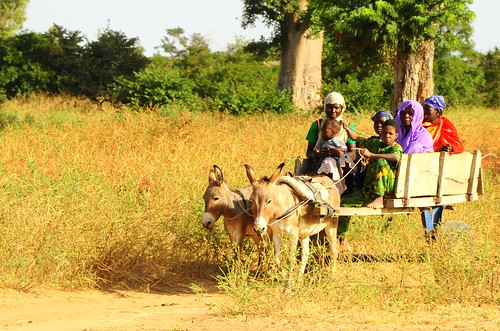 Family in a carriage in the village Bouwéré in Mali.
Source: flickr.com. 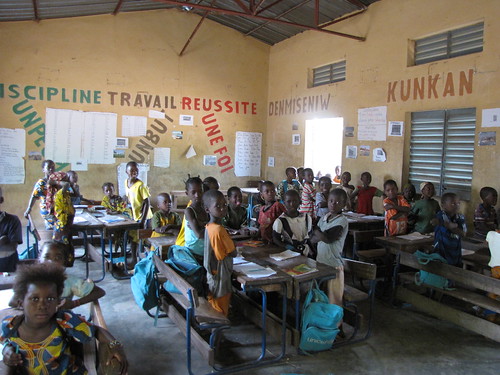 A classroom full of students in Mali.
Source: flickr.com.

In December 2011, the Malian National Assembly passed a new Code of Person and the Family. The Code includes a provision that only Malian citizens will be able to complete intercountry or domestic adoptions from Mali. In the case of couples planning to adopt, both members of the couple must be Malian citizens. Note: We understand that the law may allow Malian citizens who are also dual U.S. citizens to adopt.

In December 2011, the Malian National Assembly passed a new Code of Person and the Family. The Code includes a provision that could be interpreted to mean that only Malian nationals would be allowed to complete intercountry adoptions of Malian children. While the Malian Presidency did not issue a decree that the law is in effect, the U.S. Embassy in Bamako notes that some local officials and judges are applying the law. U.S. prospective adoptive parents who are adopting from Mali may encounter delays because of the confusion about the Code.

The U.S. Embassy in Bamako is seeking clarification from the Malian central authority, Direction Nationale de l’Enfant et de la Famille, on when the law will take effect and whether the relevant provision would prevent U.S. citizens who are not also Malian nationals from adopting from Mali. We encourage adoption service providers and prospective adoptive parents considering initiating new adoptions from Mali to refrain from starting the process until further information is available.

Types of adoption in Mali: Malian law distinguishes between two types of adoption. It is imperative that prospective adoptive parents understand this distinction and obtain the correct type of adoption in order for the child to be eligible to immigrate to the United States.

For guidelines on Adoption Filiation, please read the information below.

The Government of Mali gives priority to Malian citizens for adoption of Malian children, but can consider applications from foreigners wishing to adopt Malian children as well.

NOTE: The Malian government has not authorized any U.S. adoption service providers to provide services in Mali.

To bring an adopted child to the United States from Mali, you must meet eligibility and suitability requirements. The U.S. Department of Homeland Security, U.S. Citizenship and Immigration Services (USCIS) determines who can adopt under U.S. immigration law. Additionally, a child must meet the definition of Convention adoptee under U.S. law in order to immigrate to the United States on an IH-3 immigrant visa.

In addition to the U.S. requirements, Mali obliges prospective adoptive parents to meet the following requirements in order to adopt a child from Mali:

There are no residency requirements for adoption. However, the Malian authorities tend to view more favorably prospective adoptive parents who are currently living in or have previously lived in Mali.

Adopted children are generally placed with married couples. An unmarried woman may adopt a Malian child if she is at least 30 years old and can demonstrate proof of sufficient economic resources to support the child. Unmarried men may not adopt Malian children.

The prospective adoptive parent(s) must not have any legitimate children or descendants to qualify for Adoption Filiation.

Because Mali is party to The Hague Adoption Convention, children from Mali must meet the requirements of the Convention in order to be eligible for adoption. For example, the adoption may take place only if the competent authorities of Mali have determined that placement of the child within Mali has been given due consideration and that an intercountry adoption is in the child’s best interests. In addition to Mali’s requirements, a child must meet the definition of Convention adoptee to be eligible for an immigrant visa that will allow you to bring him or her to the United States.

Abandonment: An Adoption Filiation can occur only when the child has been abandoned, with parents either unknown or deceased, and no other parent is capable of caring for the child.

Age of Adoptive Child: An Adoption Filiation can occur only when the child is under five years of age.