Difference between revisions of "Adoption Parenting: Newborn and Infant"

This information was taken directly from Child Welfare Information Gateway 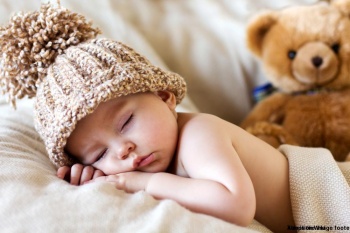 The primary task of a baby is to develop a sense of trust in the world and come to view it as a place that is predictable and reliable. Infants accomplish this through attachment to their caretakers. During their early months, children have an inborn capacity to "bond" to ensure their survival. They express it through sucking, feeding, smiling, and cooing, behaviors which, ideally, stimulate loving responses from their parents (or caretakers). These pleasant interactions and the parent's or parents' consistent attention form the parent-child bond and the foundation for a child's sense of trust.

During this period, a consistently nurturing and tension-free environment makes a child feel secure. The most valuable thing you can do is to show, through attention and affection, that you love your child and that your child can depend on you. If you generally respond to your child's cries, s/he will learn trust. If you hug and smile at your child, s/he will learn to feel content.

Although the need to attach continues for a long time, the process of separation also begins in the first year of a child's life. A milestone is reached when children learn to separate from their parents by crawling and then by walking. At the same time, babies often become fearful of separation. Psychological separation begins too: babies start, non-verbally, to express their own wishes and opinions. Many experts in child development view early childhood as a series of alternating attachment and separation phases that establish the child as an independent person who can relate happily to family members and friends, and be capable of having intimate relationships with others.

Child Welfare Information Gateway. A service of the Children's Bureau, Administration for Children and Families, U.S. Department of Health and Human Services.

Fahlberg, V., "Attachment and Separation" from the series, Putting the Pieces Together. (Southfield, MI: Spaulding for Children, 1990).