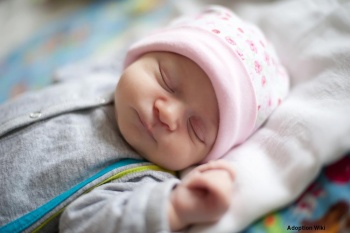 A child is generally considered a newborn from birth to 4 weeks. Characteristics associated with newborns are their ability to lift their heads for short periods of time, turning toward familiar sounds and voices, and moving their heads from side to side. Older siblings of newborns tend to complain that these children are “no fun,” as they seem to live only to eat and sleep.

It’s often so difficult for us to determine when a child has advanced from one stage to another, for instance, from a newborn to an infant. We get confused as to whether or not they are one and the same. Therefore, we use the veiling term ‘baby;’ it just seems more encompassing. A baby is generally considered a very young child, between birth and a year old. Being that babies grow so much in a 12-month span, there are several great developments parents can look forward to as each month passes.

In the first four months, babies track objects with their eyes and begin making noises rather than simply crying. Babies begin to recognize familiar objects and people, even from a distance. They babble a lot and laugh at their own noises. At this stage, they become interested in circular and spiral patterns and start reaching for hanging or dangling objects. By four months, some babies begin teething and sitting with support.

By the eighth month, babies have gone from needing their parents to hold their bottles to holding it themselves, as well as feeding themselves some foods. A child’s first tooth is usually showing by now, with a few more itching to come out. At this stage, children are usually able to roll over and back, imitate many sounds, and respond to their ownnames.

On a child’s first birthday, the differences over the last few months are definitely clear. By this time, children can identify themselves in the mirror, clap, wave “bye-bye,” crawl well, and walk with little or no help. At twelve months, babies understand simple commands and word “no." They are also able to shake their heads “no.” 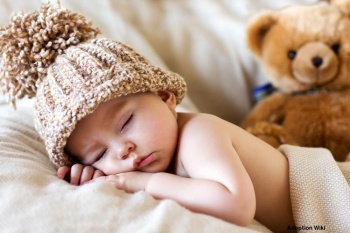 The primary task of a baby is to develop a sense of trust in the world and come to view it as a place that is predictable and reliable. Infants accomplish this through attachment to their caretakers. During their early months, children have an inborn capacity to "bond" to ensure their survival. They express it through sucking, feeding, smiling, and cooing, behaviors which, ideally, stimulate loving responses from their parents (or caretakers). These pleasant interactions and the parent's or parents' consistent attention form the parent-child bond and the foundation for a child's sense of trust.

During this period, a consistently nurturing and tension-free environment makes a child feel secure. The most valuable thing you can do is to show, through attention and affection, that you love your child and that your child can depend on you. If you generally respond to your child's cries, s/he will learn trust. If you hug and smile at your child, s/he will learn to feel content.

Although the need to attach continues for a long time, the process of separation also begins in the first year of a child's life. A milestone is reached when children learn to separate from their parents by crawling and then by walking. At the same time, babies often become fearful of separation. Psychological separation begins too: babies start, non-verbally, to express their own wishes and opinions. Many experts in child development view early childhood as a series of alternating attachment and separation phases that establish the child as an independent person who can relate happily to family members and friends, and be capable of having intimate relationships with others.