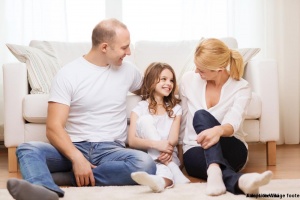 Adoption is a legal process in which parental rights to a child (whose biological parents' parental rights have been severed) are bestowed on adopting parents, creating a parent-child relationship where one did not previously exist. The adopted child has all the same legal rights and responsibilities as a biological child, including rights of inheritance.

Although most adoptions are of minor children, legal provisions for the adoption of an adult exist in most states, and as with the adoption of a minor, the adopted adult has all the same rights as a biological child, including rights of inheritance.

The most common form of adoption in the U.S. and Canada is stepparent adoption.

Adoption is the process by which parents are matched with children who have none, either through death or inability to provide for them. The roots of adoption are deep: the ancient Greeks, Romans, Egyptians, and Babylonians all had systems for adoptions. It is mentioned in the Bible, most notably in the story of Moses, the Hebrew baby adopted into the family of the Pharaoh.

Interestingly, adoption in the United States did not involve a legal procedure until the 1850s. Until that time, transfers of children to new parents were done informally. Often there were economic reasons behind the adoptions - farm families needed laborers, while many immigrant families were unable to support or care for their children. Massachusetts was the first state to enact adoption statutes, in 1851. For the first time, adoptions required judicial approval, consent of the child's parent or guardian, and agreement that the adoptive family would care for the child.

Early legal adoptions had no provision for confidentiality. Original birth certificates were not altered or hidden in court files, meaning adoptive families and biological parents had no legal protection against intrusions into each other's lives following an adoption.

The climate changed in the twentieth century, with adoption records being closed first to the public, and then to the parties involved. By the 1950s and 60s, an aura of secrecy surrounded adoptions. The stigma surrounding unwed pregnancy meant that healthy white babies were readily available to families struggling with infertility - another issue surrounded by secrecy. But by the late 60s and early 70s, a number of societal changes impacted adoption. Abortion was legalized, reliable contraception became available, and movements such as women's liberation, civil rights, and the sexual revolution altered the view of adoption. The need for more openness was recognized in 1984 with laws providing that health and genetic histories for the biological parents be provided to the adoptive parents. This non-identifying information is available on request to adoptive parents, adoptees over the age of 18, and other specified parties with a legitimate interest.

Increasing numbers of adoptions are now open, with birth and adoptive parents sharing information and sometimes maintaining a place in each other's lives. The hope and goal is that adoption will no longer pose a block to answering medical and emotional questions on the part of all involved persons.

Impact of Adoption on Adoptive Parents

Adoptive parents come to the adoption decision for many different reasons. Some adopt because of infertility, and adoption is their alternative way to grow their family; others adopt in order to add to their family, to help a specific child, or for social justice reasons.

Impact of Adoption on Adoptees

As discussion of the adoption process becomes more open and accepted in American society, and as more Americans have experience with adoption, there is also more attention focused on those involved in adoption—the adopted person, the birth parents, and the adoptive parents (often referred to as the adoption triad or the adoption constellation). This information examines the impact of adoption on adopted persons who have reached adulthood.

Impact of Adoption on Birth Parents

This factsheet discusses some of the emotional issues that parents may face after making the decision to place an infant for adoption, in surrendering the child, and in handling the feelings that often persist afterwards. It may be a helpful resource for birth parents as well as family members, friends, and others who want to support birth parents.

Just as with any other important decision in your life, you need to do some research and make a plan. When you are planning an adoption, you must consider your baby first, but also the desires that you have for this adoption.

Here are some topics to think about, which may help you make an informed decision about adoption. Talking these things over with someone you trust may be helpful, too. A supportive relative or friend, or an adoption counselor or attorney may help you think these things through while you are making your adoption plan.

Years ago almost all adoptions were conducted in secrecy with no contact between the birthparents and the adoptive parents. These are known as a closed adoption. Today, however, most birthparents meet the couple who will adopt their baby, and make arrangements for some type of ongoing contact over the years. 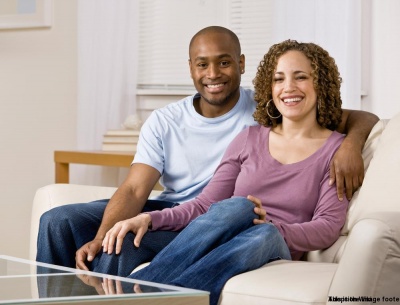 Closed adoption means that there is no contact at all between the birthparents and the adoptive parents, and no identifying information is exchanged.

Semi-open adoptions involve agencies or other intermediaries who may pass correspondence between the two parties before or after the adoption, but they will not give out any contact information to either party. If you prefer not to correspond with the adoptive parents, that choice is yours.

Open adoption offers a wide variety of contact choices, but the basic understanding is that there is open communication between the birthparents and the adoptive parents, both before and after the birth. Open adoption can include the exchange of letters and photos; face-to-face, first-names-only meetings; sharing full-identifying information; and having access on an ongoing basis. The type of communication or contact, the frequency of communication, and any adjustments are worked out between the birthparents and the adoptive parents,often with the help of an intermediary, such as an adoption social worker, attorney, or adoption counselor. Be aware that choosing an open adoption does not mean that you are co-parenting the child. The adoptive parents will be your baby's legal parents and guardians.

Today, birthparents can select the parents they wants to raise her children. Often agencies and attorneys will show birthparents a selection of profiles and photos of couples.Online profiles of couples hoping to adopt, like Parent Profiles,offer introductions and photos, allowing parents or expectant parents who are making an adoption plan the opportunity to read these introductions, study their profiles and pictures, and then initiate contact by e-mail or telephone.

Learn more on the Pregnancy Page

Adoption: Where Do I Start?

This factsheet is an introduction to the many paths to building your family through adoption. It will give you an understanding of the basics in any adoption process and guide you to resources at each step.

Many resources exist to help prospective adoptive parents educate themselves about adoption.

State laws and regulations govern U.S. adoptions. Learning about the adoption laws in your State, or any States involved with your adoption, can smooth the process and help you avoid frustrating situations.

Step 3: Explore Your Options/Select an Agency

Families wishing to adopt have many options. The following is one way to think about how choices in adoption may flow from one another.

No matter which type of adoption you choose to pursue, all prospective adoptive parents must have a home study or family study.

Step 5: Engage in the Placement Process

Once your home study is completed, you are ready to begin the placement process—the time when a specific child is identified for your family.

All domestic adoptions need to be finalized in court. The process varies from State to State. Generally a child must have lived with the adoptive family for at least 6 months before the adoption can be legally finalized.

The final, and most important, step in the adoption process is to be a parent to your adopted child. Adoption is a lifelong process.