How to Adopt from Mexico 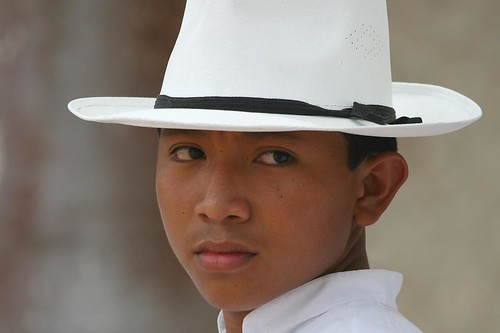 The Mexican Central Authority for Adoptions is the Secretary for Exterior Relations, or the Secretaria de Relaciones Exteriores (SRE). The SRE is responsible for policy and issues key documentation certifying Hague compliance, including the Article 23 Certificate that the adoption or grant of custody occurred in compliance with the Convention. The SRE implements the Hague Convention through the National System for the Full Development of the Family, or the Sistema Nacional de Desarollo Integral de la Familia (DIF). The DIF is a public institution in Mexico in charge of implementing national policies on all matters pertaining to the family, and the implementation of domestic and intercountry adoptions resides in their purview, along with final execution of adoptions through the legal system.

Because Mexico is party to the Hague Adoption Convention, adopting from Mexico must follow a specific process designed to meet the Convention's requirements. A brief summary of the Convention adoption process is given below. You must complete these steps in the following order to meet all necessary legal requirements for adoption.

After you choose an accredited adoption service provider, the next step is to apply to be found eligible to adopt (Form I-800A) by the Department of Homeland Security, U.S. Citizenship and Immigration Services (USCIS). Read more about Eligibility Requirements.

Once the U.S. Government determines that you are “eligible” and “suitable” to adopt, your adoption service provider will forward your information to the Central Authority in Mexico. The DIF's Technical Council on Adoptions will convene to review your application and determine whether you are also eligible to adopt under Mexican law. If approved, your name will be added to a waiting list of prospective adoptive parents maintained by DIF.

If both the United States and Mexico determine that you are eligible to adopt, and a child is available for intercountry adoption, the DIF may provide you with a referral for a child. DIF is the legal representative for abandoned children and provider of foster care for abused or orphaned minors. Though the regional or state DIF will likely play a role in the matching process, the referral must be approved by the national DIF office. Please note that the DIF matches eligible prospective adoptive parents with children who are on its list of children who are legally available for adoption, in accordance with relevant Mexican child welfare laws. Prospective adoptive parents decide at this point whether or not they will be able to meet the needs of the child referred to them by the DIF, and whether they will provide a permanent family placement for the referred child.

When you receive a referral from DIF, it will arrive in the form of a letter directly to you or to your adoption service provider, informing you that the application for adoption has been approved. The DIF will provide prospective adoptive parents the social and medical background on the child at this time. If you agree to adopt the child, send a letter to DIF instructing them to continue with the adoption process. At this point, DIF will coordinate a meeting to introduce the child to the prospective adoptive parent(s).

After you accept a match with a child, you will apply to the USCIS for provisional approval of a petition to immigrate a child through adoption (Form I-800). Form I-800, like Form I-800A, must be submitted in the United States. However, USCIS regional offices in Mexico handle cases in particular states: USCIS Tijuana handles the Mexican states of Baja California, Sinaloa and Sonora. USCIS Ciudad Juárez andes Chihuahua and Durango. USCIS Monterrey andes Coahuila, Nuevo León, Tamaulipas, San Luis Potosí, Zacatecas and Aguascalientes. The rest of Mexico is handled by USCIS Mexico City. After the I-800 is provisionally approved by USCIS, the entire case file is transferred to the U.S. Embassy via the U.S. Department of State's National Visa Center, which immediately forwards the case file to the U.S. Embassy. Upon receipt of the file the Embassy makes contact with your adoption service provider to arrange for submission of a visa application. The Embassy will ask for an immigrant visa application form known as the DS 260 Parts I and II, an original or certified birth certificate for the child, photos of the child and, if practicable, a medical exam conducted by a panel physician, Once the Consular Officer receives the visa application, the officer reviews the child's information and evaluates the case and the application for compliance with the Hague Convention and for possible visa ineligibilities. If the Consular Officer determines that the child appears eligible to immigrate to the United States, he or she will notify the SRE and DIF of this initial determination in a letter known as the Article 5 letter. When the State DIF office receives the Article 5 letter from the Embassy, it will issue a letter known as the Article 17 letter to the prospective adoptive parent(s) and the Adoption Service Provider. The Article 17 letter notifies the prospective adoptive parents that they may proceed with the adoption. For Convention country adoptions, prospective adoptive parent(s) may not proceed with the adoption or obtain custody for the purpose of adoption until both the Article 5 and Article 17 letters have been issued. Initiating the adoption process prior to issuance of the Article 5 and Article 17 letters will jeopardize the Hague adoption process.

5. Adopt the Child (or Gain Legal Custody) in Mexico:

REMEMBER: Before you adopt (or gain legal custody of) a child in Mexico, you must have completed the above four steps. Only after completing these steps can you proceed to finalize the adoption, or grant of custody for the purposes of adoption, in Mexico.

The process for finalizing the adoption (or gaining legal custody) in Mexico generally includes the following:

3. A statement from the employer of the prospective parent who is the primary supporter of the family. This statement must indicate the position, years of service with the employer, and salary;

4. Copy of the most recent bank statement or other evidence of financial holdings as proof of financial solvency;

5. Two letters of recommendation from people who can attest to the character of the adoptive parents. A married couple should obtain letters from persons who have known them as a married couple. Each letter should include the address and telephone number of the person writing the letter;

6. Certificate from the state police from the prospective adoptive parent's state of residence in the U.S. verifying that the adoptive parents have no police record. The FBI fingerprint check for the I-800A fulfills this requirement;

7. A copy of a social, economic, and psychological study of the parent's home situation conducted by an agency of the state of the child's proposed residence, or an adoption service provider authorized by that state to conduct such a study, and or by an appropriate public or private adoption service provider accredited or approved in the United States. The home study conducted for the I-800A fulfills this requirement;

8. One 3x3-inch color photograph of each prospective adoptive parent; and

9. Two 3x5-inch photographs of the prospective adoptive parent(s) in the home or on a family outing. All documentation listed above must be apostilled by the Secretary of State of the U.S. state of origin of the document, translated into Spanish by an official translator of the Mexican Consulate nearest to the prospective adoptive parent's(s') place of residence in the United States. When all the documents have been assembled, they should be sent to the person or organization in Mexico acting as the adoption agent/representative for presentation to the Mexican court.

NOTE: Additional documents may be requested. You may be asked to provide proof that a document from the United States is authentic, read more on Traveling Abroad to learn about Authenticating U.S. Documents.

Now that your adoption is complete (or you have obtained legal custody of the child), there are a few more steps to take before you can head home. Specifically, you need to apply for three documents for your child before he or she can travel to the United States:

Your child is not yet a U.S. citizen, so he or she will need a travel document or passport from Mexico to enter the United States. The Mexican Foreign Ministry, the Secretaría de Relaciones Exteriores (SRE), requires that a Mexican passport be issued to the child in the child's new name after the adoption proceedings are completed. Passports issued to a child prior to the final decree of adoption are not valid for travel purposes under the new identity of the child. In order to obtain information on how to obtain the child's new passport, please visit this website.

After you obtain the new birth certificate and passport for your child, you also need to apply for an U.S. visa from the Department of State for your child. After the adoption (or custody for purpose of adoption) is granted, visit the U.S. Embassy in Mexico City for final review and approval of the child's I-800 petition and to obtain an immigrant visa for the child. This immigrant visa allows your child to travel home with you. As part of this process, the Consular Officer must be provided the Panel Physician's medical report on the child if it was not provided during the provisional approval stage. Read more about Health Consideration.

Immigrant visas for adopted children are processed at the U.S. Embassy in Mexico City. Issuance of the immigrant visa normally takes at least one full day from the visa interview. Prospective adoptive parents will be notified of the time and date of their visa interview via correspondence from the Department of State's National Visa Center.

NOTE: Visa issuance after the final interview generally takes at least 24 hours. It will not normally be possible to provide the visa to adoptive parents on the day of the interview. Adoptive parents should verify current processing times at the U.S. Embassy in Mexico City before making final travel arrangements.

Some U.S. citizens who meet eligibility requirements under Mexican law may be permitted by Mexican authorities to proceed with a domestic or “national” adoption, which is different from a Hague Convention intercountry adoption. Dual national families may be under the impression that a domestic adoption process may be a faster option for adoption.

U.S. Citizens wishing to immigrate their adopted child to the U.S. upon completion of the adoption should NOT adopt according to a domestic adoption process. U.S. Citizens who are dual nationals should take care to make clear in all aspects of their adoption application to Mexican authorities of their intention to immigrate their Mexican adopted child to their home/address in the U.S. after the adoption is completed so that Mexican authorities process the adoption as an intercountry adoption and NOT as a domestic adoption. The adoption application and all related documents must clearly indicate that the adoption is an intercountry adoption.

A child adopted under a domestic Mexican adoption process is not immediately eligible to travel to the U.S. The Mexican Central Authority has both stated and demonstrated that it will not issue the required Article 23 Hague certification for adoptions completed as domestic adoptions. If you have already completed a domestic Mexican adoption after April 1, 2008, your adopted child may qualify for an IR-2 visa, which requires that the adoptive parents fulfill two years of legal and physical custody of the child outside of the United States before filing the immigrant visa petition. This physical cohabitation must occur outside of the United States. To pursue this avenue, you must first file an I-130 immigrant visa petition with the Department of Homeland Security, USCIS.