About 80 percent of women feel down for the first several weeks after delivery. Although no one knows exactly why this happens, we do know it's normal and usually fades with time. 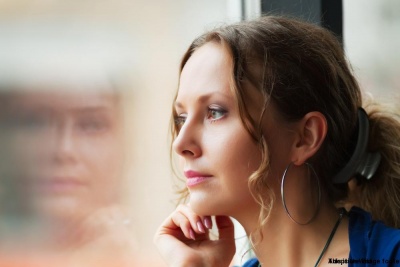 There's a multitude of reasons that could contribute to the baby blues.

Fortunately, there are also ways to help deal with the blues.

Postpartum blues usually come several days after delivery and can last for several weeks. Try not to allow yourself to feel guilty for feeling blue. It's OK. This is something many women face, and it is not a permanent condition.

Although, if after several weeks, you don't begin to feel better, talk to your doctor. You could be suffering from a more serious condition called postpartum depression, which is characterized by feelings of severe anxiety, despair, and hopelessness. Other signs of postpartum depression include eating more or less than normal, not being able to sleep, strong feelings of depression or anger 1-2 months after birth, thoughts of harming yourself or the baby, panic attacks, intense concern, lack of interest.

Some women are more prone to get postpartum depression:

If you're experiencing symptoms of postpartum depression several weeks after birth, contact your doctor.

Return to Postpartum Care or Pregnancy