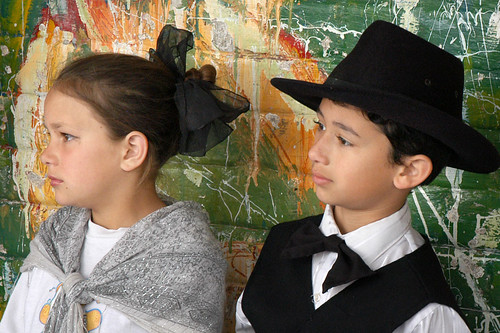 Montevideo, founded by the Spanish in 1726 as a military stronghold, soon took advantage of its natural harbor to become an important commercial center. Claimed by Argentina but annexed by Brazil in 1821, Uruguay declared its independence four years later and secured its freedom in 1828 after a three-year struggle. The administrations of President Jose BATLLE in the early 20th century launched widespread political, social, and economic reforms that established a statist tradition. A violent Marxist urban guerrilla movement named the Tupamaros, launched in the late 1960s, led Uruguay's president to cede control of the government to the military in 1973. By yearend, the rebels had been crushed, but the military continued to expand its hold over the government. Civilian rule was not restored until 1985. In 2004, the left-of-center Frente Amplio Coalition won national elections that effectively ended 170 years of political control previously held by the Colorado and Blanco parties. Uruguay's political and labor conditions are among the freest on the continent. Source: [1]

Uruguay is party to the Hague Convention on Protection of Children and Co-operation in Respect of Intercountry Adoption ( Hague Adoption Convention ). Therefore all adoptions between Uruguay and the United States must meet the requirements of the Convention and U.S. law implementing the Convention.

Adoption between the United States and Uruguay is governed by the Hague Adoption Convention. Therefore to adopt from Uruguay, you must first be found eligible to adopt by the U.S. Government. The U.S. Government agency responsible for making this determination is the Department of Homeland Security, U.S. Citizenship and Immigration Services (USCIS). To learn more please read about Who Can Adopt from Uruguay.

Because Uruguay is party to the Hague Adoption Convention, children from Uruguay must meet the requirements of the Convention in order to be eligible for adoption. To learn more please read about Who Can Be Adopted from Uruguay.

Because Uruguay is party to the Hague Adoption Convention, adopting from Uruguay must follow a specific process designed to meet the Convention's requirements. A brief summary of the Convention adoption process is given below. You must complete these steps in the following order so that your adoption meets all necessary legal requirements.

NOTE: If you filed your I-600a with Uruguay before April 1, 2008, the Hague Adoption Convention may not apply to your adoption. Your adoption could continue to be processed in accordance with the immigration regulations for non-Convention adoptions. Learn more .

To learn more about this process please read How to Adopt from Uruguay.

A valid U.S. passport is required to enter and leave Uruguay. Only the U.S. Department of State has the authority to grant, issue, or verify U.S. passports. Getting or renewing a passport is easy. To learn more please read about Traveling Abroad in Uruguay.