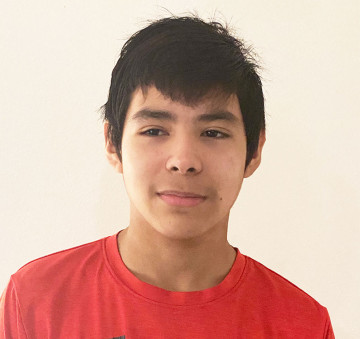 Juan Albert is a very shy and sweet boy. Though he may be a little weary at first around adults, once he feels comfortable he tries his best to open up. He is not afraid to state when he is feeling uncomfortable or if he needs a moment alone. On his free time he enjoys playing video games, specifically Call of Duty. When he's not on the video games he states he likes to play sports such as basketball, football, and baseball. He states his favorite subjects in school are science and math because he likes anything to do with numbers and realizes you use these subjects in the real world. He has stated that he wants to be very successful in his life and wants to move forward from any past mistakes in his life. He loves Chinese food, tacos, and pizza. He would like to have a pet of his own one day. He likes to watch funny videos on YouTube because they make him happy.

Family who is patient, consistent, structured, and offer positive reinforcements. He requires encouragement to flourish and one-to one attention. He is opened to the idea of a mother and father for parents. He gets along well with other children, especially those older than him as he likes to think of them as role models. He has shown to be very respectful towards adults and caregivers.