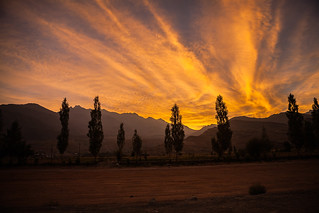 The Republic of India

What the People are Called

India has more than 2000 ethnic groups and every major religion is represented, as are four major families of languages (Indo-Aryan – a branch of the larger Indo-European language group –, Dravidian, Austroasiatic, and Tibeto-Burman) as well as a language isolate (the Nihali language spoken in parts of Maharashtra). India's castism history is extremely complex; nevertheless, distinct racial divisions between peoples still exist as established by modern anthropologists, despite the fact that the national Census of India does not recognize racial or ethnic groups within India, but recognizes many of the tribal groups as Scheduled Castes and Tribes.

The Indian caste system describes the system of social stratification and severe social restrictions in India in which social classes are defined by thousands of endogamous hereditary groups, often termed jātis or castes. Within a jāti, there exist exogamous groups known as gotras, the lineage or clan of an individual. In a handful of sub-castes such as Shakadvipi, endogamy within a gotra is permitted and alternative mechanisms of restricting endogamy are used (e.g. banning endogamy within a surname).

The Indian caste system involves four castes and outcasted social groups. Caste barriers have mostly broken down in large cities, though they persist in rural areas of the country, where 72% of India's population resides.

For a detailed diagram of ethnic groups in India go here for more information.

India is home to two major language families: Indo-Aryan (spoken by about 74% of the population) and Dravidian (24%). Other languages spoken in India come from the Austroasiatic and Tibeto-Burman language families. India has no national language. Hindi, with the largest number of speakers, is the official language of the government. English is used extensively in business and administration and has the status of a "subsidiary official language"; it is important in education, especially as a medium of higher education. Each state and union territory has one or more official languages, and the constitution recognises in particular 21 "scheduled languages". The Constitution of India recognises 212 scheduled tribal groups which together constitute about 7.5% of the country's population.[266] The 2001 census reported that Hinduism, with over 800 million adherents (80.5% of the population), was the largest religion in India; it is followed by Islam (13.4%), Christianity (2.3%), Sikhism (1.9%), Buddhism (0.8%), Jainism (0.4%), Judaism, Zoroastrianism, and the Bahá'í Faith.[267] India has the world's largest Hindu, Sikh, Jain, Zoroastrian, and Bahá'í populations, and has the third-largest Muslim population and the largest Muslim population for a non-Muslim majority country.

Back to Adopting from India