This information has been taken directly from Child Welfare Information Gateway. 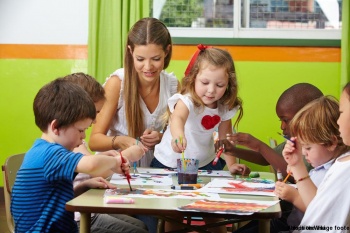 Toddlers continue the attachment and separation cycle in more sophisticated ways in the second year. They learn to tell you how they feel by reaching their arms out to you and protesting vigorously when you must leave them. Anxiety about separating from you heightens, and they may begin to express anger. During this stage, when you must guide and protect your child, you become a "no" sayer. It is not surprising that your child becomes frustrated and shows it in new ways. Helpless crying usually comes first. Later your child may exhibit aggressive behavior such as throwing things, hitting, pushing, biting, and pinching. Much of this behavior is directed toward you but some is directed at the child's peers. Such behavior often puzzles and frightens parents.

You may wonder if your child is normal. Adoptive parents often worry that an unknown genetic trait is surfacing or that the "orneriness" has something to do with the adoption. Sometimes they think ahead to the teenage years and wonder if these are early warnings of trouble ahead.

It helps to know that this kind of behavior is typical of toddlers, who have conflicting wishes about their push toward autonomy and their anxiety about separating from you. Almost all children go through a "me do it myself" phase, accompanied by temper tantrums and toilet training battles. Handling tantrums, setting limits, and encouraging language development and the expression of feelings consume most of your time and patience.

In the first 2 years, the stages of attachment, the beginnings of separation, and the expression of anger and aggressiveness probably are the same whether your child is adopted or not. Even in homes where the word "adoption" has been used frequently and the child can pronounce it or even say, "I'm Susie, I was adopted from Chicago," the words have little meaning. What is especially important is that your adopted child has the opportunity to pass through the attachment and early separation stages in the same way as a child born to you. When older babies or children are adopted, their capacity to form relationships may have been disturbed. A series of caretakers and broken attachments through the first months of a child's life can complicate adjustment and compromise the ability to develop trust. You may need to work much harder to let your child know that you care and that you will always be there. Even if your baby received nurturing care before joining your family, s/he can still benefit from your understanding the significance of attachment and the importance of loving interaction. 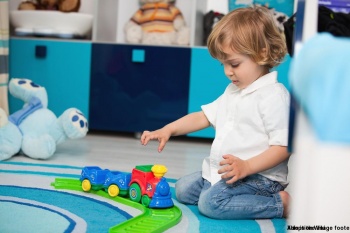 If you adopt cross-culturally, it will be helpful for you to learn about attachment behavior in that culture. Consider for instance a family who had adopted a 7-month-old Asian baby. When the baby cried, she could not be comforted by holding; she would only quiet down if she were laid on the floor near her mother and spoken to softly. Once she became calmer, she would crawl into her mother's lap for a hug.

There is another example of a baby adopted from Peru who needed to sleep with an adult for the first few months following adoption. His new crib went unused until he was 15 months old, when his parents were able to help him adjust to sleeping alone.

Children who are adopted when they are older usually follow the same attachment and separation paths as other children, but possibly in a different time sequence. This gives you the opportunity to make up for what might have been lost or damaged in earlier relationships.

The first 2 years are crucial to personality development and dramatically influence a child's future. As you grow into your roles as parents, your children also will grow into their place in your family.

Back to Adoption Parenting

Child Welfare Information Gateway. A service of the Children's Bureau, Administration for Children and Families, U.S. Department of Health and Human Services.

Fahlberg, V., "Attachment and Separation" from the series, Putting the Pieces Together. (Southfield, MI: Spaulding for Children, 1990).