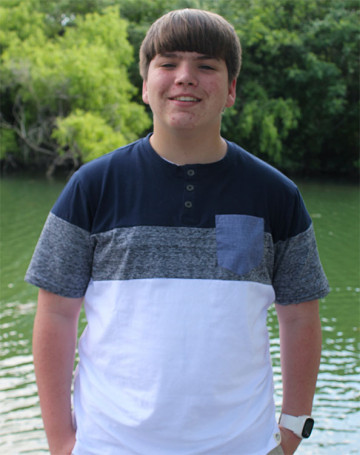 Kody is a resilient child. He has leadership potential and can be a positive role model when he utilizes these strengths. Kody is a hard worker, especially when he is working towards a goal he has set. He likes to be independent, though he benefits from a strong role model who can encourage and strengthen this positive trait in him. Kody is personable, though he can be cautious and takes his time getting to know new people and building trust. He enjoys music, video games, fishing, and being outdoors. He recently joined his school football team and enjoys other team sports such as basketball and soccer. Kody benefits from educational resources to keep him on track and progressing in his academics.

Kody hopes his family will enjoy sports, the outdoors, and an active lifestyle. His family will be patient and offer gentle guidance to connect with Kody and help him reach his potential. Kody is open to a variety of family compositions, but would benefit from a strong, positive male role model. Kody has a sister who was previously adopted, it is desired that his family will support his continued contact with her. He would prefer a family in Texas, if possible. More than anything, Kody would like a sense of normalcy and belonging, and is open to any family who can provide that to him.