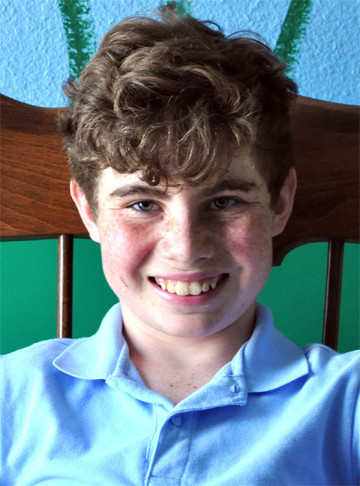 Dyllan likes to be part of a team and will meld naturally into a well-structured family setting. He has had the opportunity to be a part of the workgroup through his current home. This means he gets to work throughout summer and during school breaks completing fixer-upper and cleaning duties. He likes the opportunity to earn his own money while being outdoors and working with his hands. Some of the more specific tasks completed during workgroup include hauling brush, learning to work with small construction tools, and completing repair projects in the cabins or around the property such as with fencing. Dyllan is described as the steady one of the group. He tends to be more level headed when making decisions. He tries his best to consider everyone and come to a compromise. Dyllan is also described as a sweetheart and will welcome you with a big hug when he sees you.

Jacob, the eldest of the four brothers, is described as the most shy of the group. He will initially be standoffish when meeting new people and takes time to warm up. Dyllan, the second eldest, is the most level-headed of the group. Some may call him the lead decision maker, as his brothers will often trust his instincts the most. Cory, the third brother, is often mistaken as the youngest. This doesn't really bother him though because he is busy forging his own path. Cory is not afraid to speak his mind and let his opinions be known. Dustin, the youngest brother, is often the most animated of the bunch. He doesn't mind being the clown to break the tension in the group. As a group, they have a deep bond. When these boys have decided they are committed to you, they will not hold back their love and affection for you. Jacob, Dyllan, Cory and Dustin care deeply for each other. Visit me at the Heart Gallery of South Texas.

Dyllan will respond best to a strongly connected family with a patient father and mother figure as heads of the household. He has shown a strong desire to have a loving mother and father to guide them and care for them. He and his brothers are continuously learning how to understand and connect to each other as a team. He is open to having other siblings and pets in his forever home. Dyllan and his brothers each have their own academic needs and will benefit from someone who has experience in identifying and assisting to improve those needs.